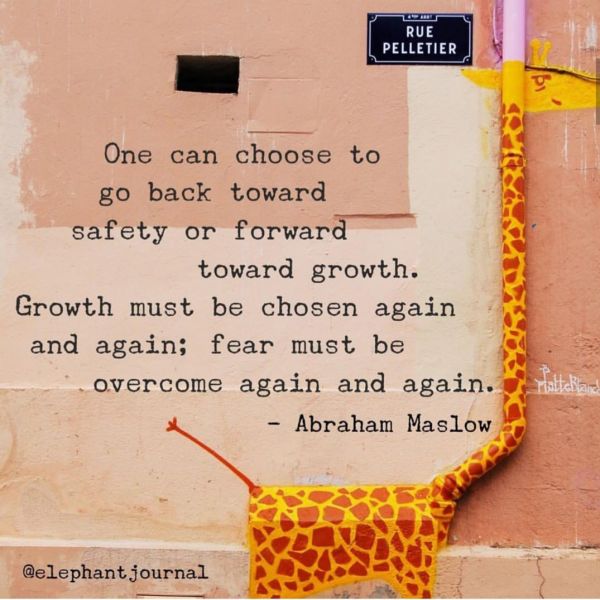 As I was preparing for our last meeting on Pregnancy and Birth, I came across an African legend that I keep coming back to because of its manifold applications to what we are doing with Mindfulness for Mamas. It’s a story that has been used by tribes’ people to teach their young about facing fear. It got me thinking about our next gathering where the theme will be Building the Tribe, and I believe there’s insight to be gleaned from this story on so many levels.

“This old teaching story comes from the great African savannahs where life pours forth in the form of teeming, feeding herds. As the herds eat their way across the plains, lions wait in the tall grass nearby, anticipating the chance to prey upon the grazing animals. In preparation, they send the oldest and weakest members of the pride away from the rest of the hunting pack [but not because they don’t have a crucial role to play]. Having lost much of their strength and most of their teeth, the roar of the old ones is far greater than their ability to bite. The old lions go off and settle in the grass directly across from where the strong and hungry lions wait and watch. As the herd enters the area between the hunting pack and the old lions, the old ones roar mightily [so mighty, the noise travels up to 5 miles]. At the sound of the roaring, most of the herd panics. Blinded by fear, they turn and flee from the seeming source of danger. As they rush wildly in the opposite direction, they run right to where the strongest lions wait in the tall grass for dinner to arrive.”

Elders in these tribes recount this tale to explain that we must “go toward the roar” when we are faced with fear and danger. Understandably, this seems counterintuitive, especially in Western culture where we’re taught to avoid and repress any kind of negative experience of the world. But I think this is the crux of what the practice of mindfulness is trying to impart. These “roars” can effectively function as system notifications of a problem to which we need to bring our awareness. If we consider the very large, loud and scary emotions that we experience in life, like anxiety, fear, stress, overwhelm, anger, jealousy, depression, disconnection, to name a few, to be the “roar” within the context of this story, it becomes clear that they are a signal of a primal reaction to a perceived threat. And that is exactly what we’re dealing with - a perceived threat. As the story illustrates, when we zoom out from the roar, we can see that the true threat in that landscape is in fact not the roar, but what’s waiting on the other side when we run from the roar. When we allow our fight, flight or freeze response to take control it can potentially send us right into the jaws of something much more sinister. And while we may not literally die from that choice in the context of our lives, figuratively there may be a part of us that does die. Maybe it’s the part that of us that is willing to take risks to achieve something great. Maybe it’s the part that delights in our children exactly as they are not what we think should be. Maybe it’s the part that believes we are truly enough even if we don’t seem to measure up to society’s or instagram’s standards. Maybe it’s the part of us that hopes we can ever feel true joy and authentic connection again. A life half lived is the real consequence, and if we’re only half alive it stands to reason that we’re half dead too.

Clearly, the repercussions of going into autopilot and running away from the roar are evident. But how do we get the courage to turn toward the bellowing cacophony that shakes us to our core and sends up sprinting in the opposite direction? Let’s go back to the herd. I’m a fan of looking at concepts from different angles, and I’ll be the first to say that the herd mentality can be a detrimental force as it pertains to our culture. But if the herd mentality was all bad, many species would have evolved out of that practice a long time ago. After all, there’s safety in numbers, right? Luckily, our brains have the capacity to zoom in and out of situations, view our circumstances from higher perspectives and make choices based on the information we gather there. That’s great because it means that we don’t have to end up like a zebra or gazelle who don’t share the same physiological and cognitive abilities. That means we have a choice. But it is so scary to be the only one running into the roar, and we can doubt whether that choice is safe. We need to feel safe and supported when we’re taking a risk that big. We need the herd. We need the pride. We need the tribe.

While this story stresses of the importance of a keen awareness of our minds, hearts, bodies and circumstances, I also want draw our attention to something happening in the story that may not be as obvious - the group dynamics. Let’s take the pride of lions for example. Here we see a group of creatures populated by members of various experience levels and age with diverse abilities and needs, they assess the strengths and weaknesses of their members and strategically involve the young and the old in ways that serve the greater good of the pride. As we zoom out from this story further, we learn that the narrators of the story, the tribe’s people, use the legend as a conduit for passing wisdom down to younger generations. It becomes clear that a fundamental need of a sacred and strong community is a recognized and revered group of elders (those who have been there and done that - not necessarily the elderly) actively engaging with their progeny who are open to listening and learning - a meaningful exchange of giving and receiving of serving and being served. We have a hard time doing this in modern times, and I can’t help but wonder how much we are missing because of it.

A point that gets brought up at almost every M4M meeting is the fact that many of us are here without our families nearby, feeling isolated and disconnected, questioning constantly if we are “doing it right.” Many of us don’t have our grandmothers, mothers, aunts, sisters, and cousins dropping by to offer a hand with the kids, prepare and share meals and reassure us we are doing a great job. How many of us would benefit from a stronger sense of the village? I know I would. It’s easy to think that because we’re removed from an experience by time, that there is no value engaging in an exchange about it - whether we’ve been there done that or we’ve yet to reach that stage. If that were true in the lions’ pride, hunting would be a much more difficult task. Perhaps many of the younger less experienced hunters would go hungry or starve. If it were true in the African tribe, perhaps many of their youth would not have the courage to venture into the wilderness to care for their herds or hunt for food. The importance of cross-generational and cross-experiential connection is paramount to the success of a community.