Lessons from my Father 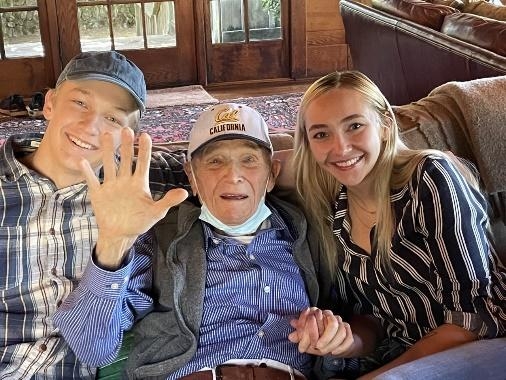 I lost my father last week. It was not unexpected – he was 92, after all. I thought I was prepared, but I’m not sure we are ever really prepared for the loss of a parent – that person who has been a part of your life since the very beginning. My mother passed eight years ago, so there is also this odd feeling of being parent-less.

A friend who worked in geriatric care told me when my mother was in the final stages of life that we die as we lived. My father simply went to sleep one night and didn’t wake up. No drama. No burden to anyone. Just a simple passing. That was my dad. Solid. Dependable. No drama.

During difficult times in my life, I have many memories of cuddling in his lap – or beside him on the couch as I got older - and telling him everything that frightened or hurt me. And he listened. He would share parts of his own life. And we would cry together. I am so very grateful for those special times we shared - times when I felt heard and never judged. He was a great listener and knew how to show up for me as I needed him. He had endless time for me always.

My dad believed in us wholly and completely. He trusted us to know what was right for us – even if he would have made a different choice. His love and respect were not something we had to earn – they were unqualified and unwavering. And he thought we could accomplish anything we put our minds to. When I was living in rural South Dakota, he was sure I would be governor of the state someday. When I ran for Bishop of the Diocese of Wyoming, he was beginning to show signs of dementia, and he told everyone he saw that his daughter was going to be Pope of Utah. And yet when I didn’t become governor of South Dakota or Pope of Utah, I never for a second felt that I disappointed him.

My dad had many disappointments and losses in his life. A parent and a beloved sister both gone far too soon. Three divorces. Career ups and career downs. But my father never let the downs get him down. He was surprisingly resilient and flexible. He had a heart attack at 50 and changed his entire life – retiring from his very stressful job, eating well and walking every day. A few years later when his sister and her husband were killed in a car accident, he took in their two boys – ages 4 and 10 – and taught himself how to cook and clean and serve as primary caretaker. He believed the heart attack had been an opportunity to change his life so that he would be ready to parent these two little boys when they needed him.

He lived a life of gratitude, knowing he was the luckiest man alive.

I am blessed and so very grateful for my father. Rest in peace, Dad.