Daughters of the King 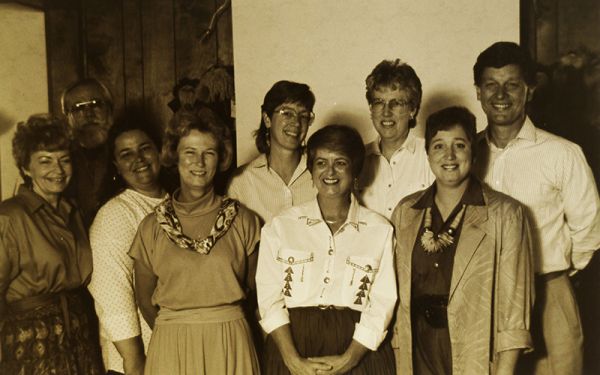 Thirty years ago, September 1990, women of St. John’s Church were installed as charter members of The Order of the Daughters of the King. The women were Flicka Scott, Sally Johnson, Vicki Johnson, Dine Dellenback, Vicky Macfarlane, Rosemary Viets, Sarah Lenz, and Amanda Macfarlane as a Jr. Daughter. These women took a life-long vow as part of a spiritual sisterhood of women dedicated to a life of Prayer, Service, and Evangelism. All received the official Daughters of the King cross that they wear.

A group of women, led by Margaret J. Franklin, seeking a deeper, more passionate relationship with Christ and His church founded the Order of the Daughters of the King in 1885. Their mission was simple – to spread the Kingdom of Christ among women. 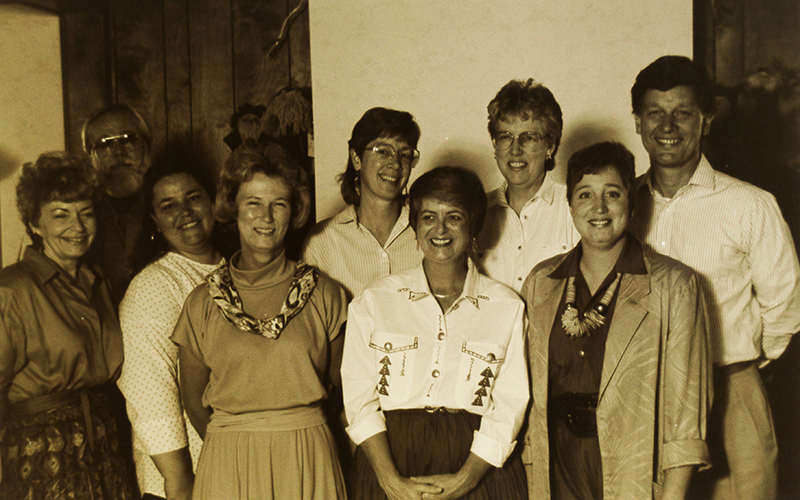 Today’s Daughters of the King (DOK) are women and girls of all ages who desire a closer walk with the Lord. It doesn’t matter where you are in your Christian journey. Anyone can join knowing that the primary goal is to know Christ and to make Him known to others. Don’t let the word “Order” scare you. This is not some secret society. Daily prayer is a very big part of the DOK. Sally Johnson told me that the DOK met once a month and met to pray with people if there was a crisis. They also prayed for the parish and the clergy of the parish.

“I am but one, But I am one. I cannot do everything, but I can do something. Lord, what would you have me do?”

The current chapter of the DOK at St. John’s is not active, but we are celebrating the 30th Anniversary this Sunday with flowers on the altar and a special prayer in the service.

All men of the parish are invited to join together for discussion, fellowship and breakfast. Please contact Rob Kass for a link to the Zoom Room.

Sundays Services: Outside in the Tent 8 AM and 10 AM, Live Streaming 10 AM

Chapel of the Transfiguration Closed Summer 2020